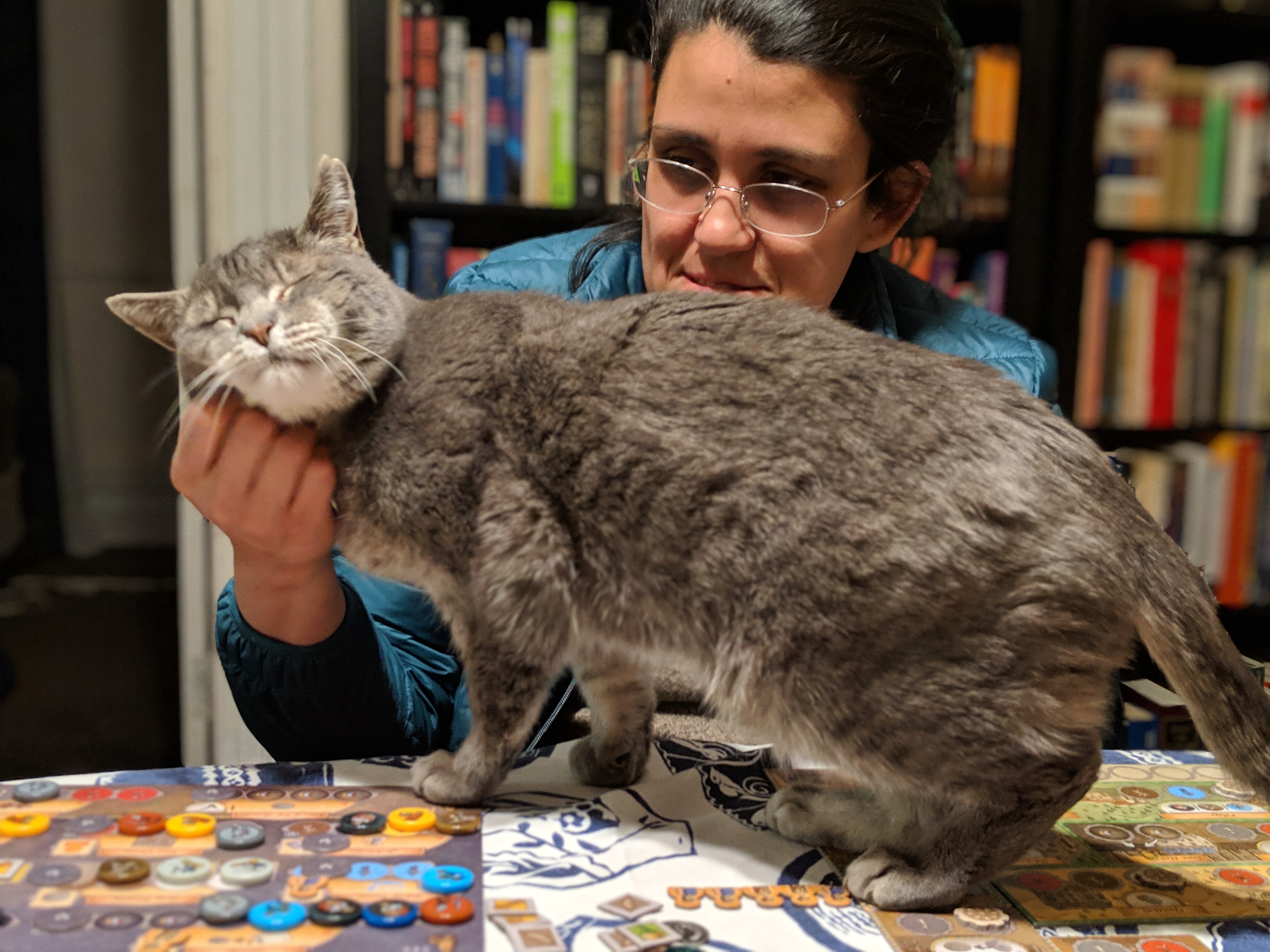 Seamus congratulates Gabi on the first win of SeamusCon 2019.

Alex, Bart and Steven played and lost. We needed 1 more coin and 5 more knights. Lesson learned: never leave the placing the knights on the wall for the final round :) 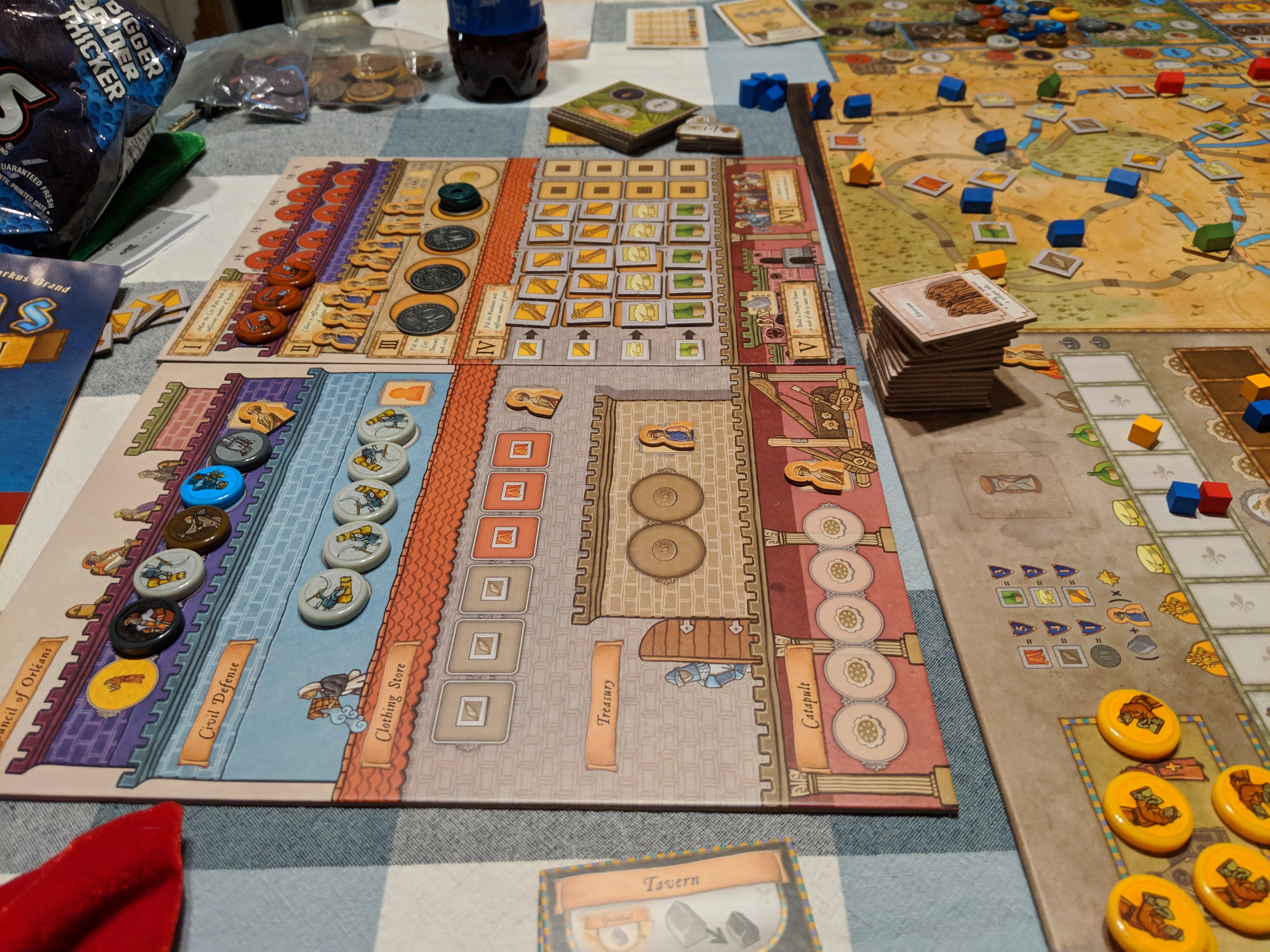 Closer than the score lets on. Gabi and I both enjoyed the game. This was my only win of SeamusCon. 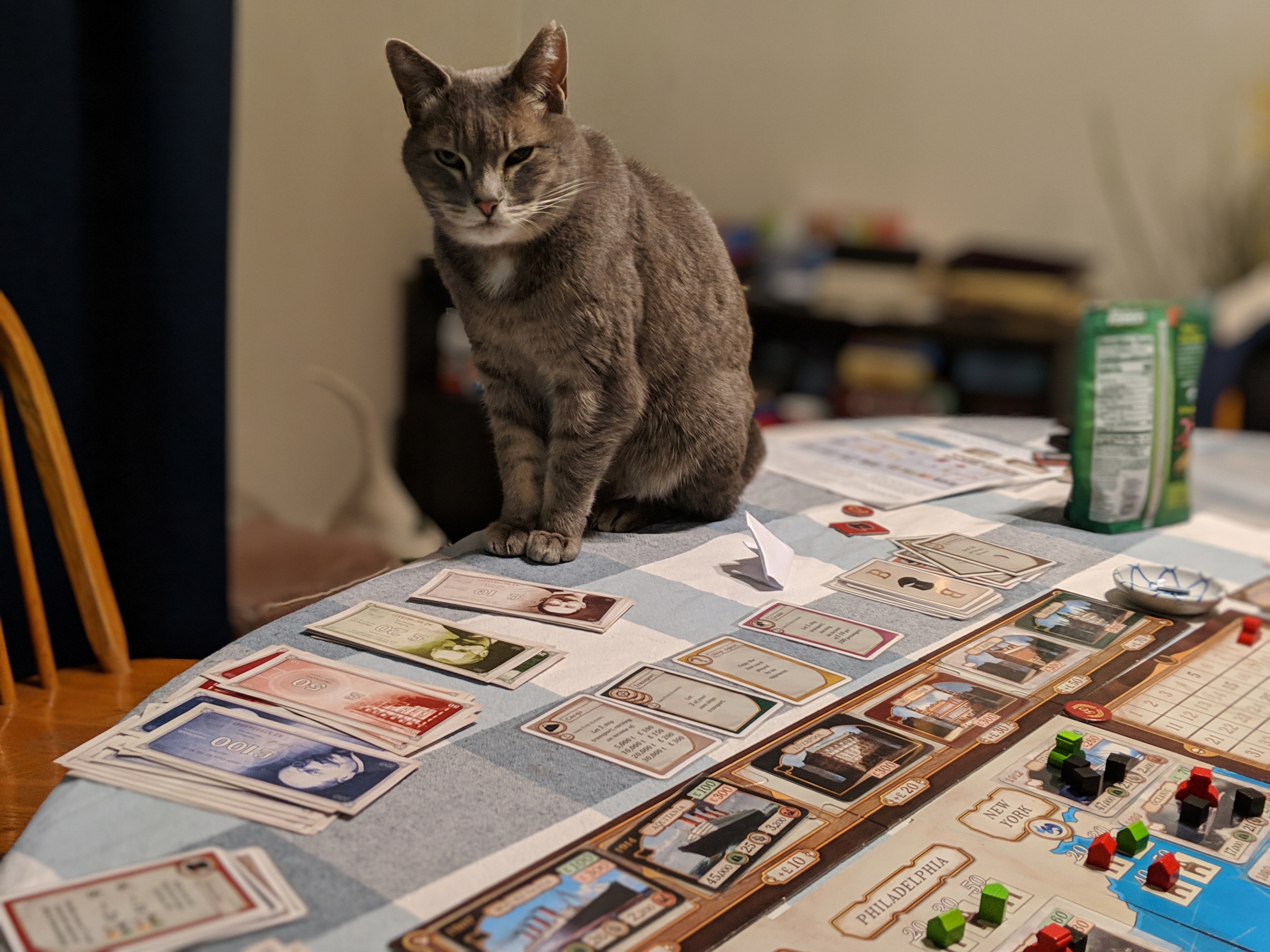 Samuel L. Jackson and Goose the Orange Tabby were an amazing comedy duo.

Star Trek: the Next Generation Fluxx

Bonnie, Steven and I are big trekkies and we loved this game! Steven and Bonnie each won a game.

Lords of Waterdeep: Scoundrels of Skullport 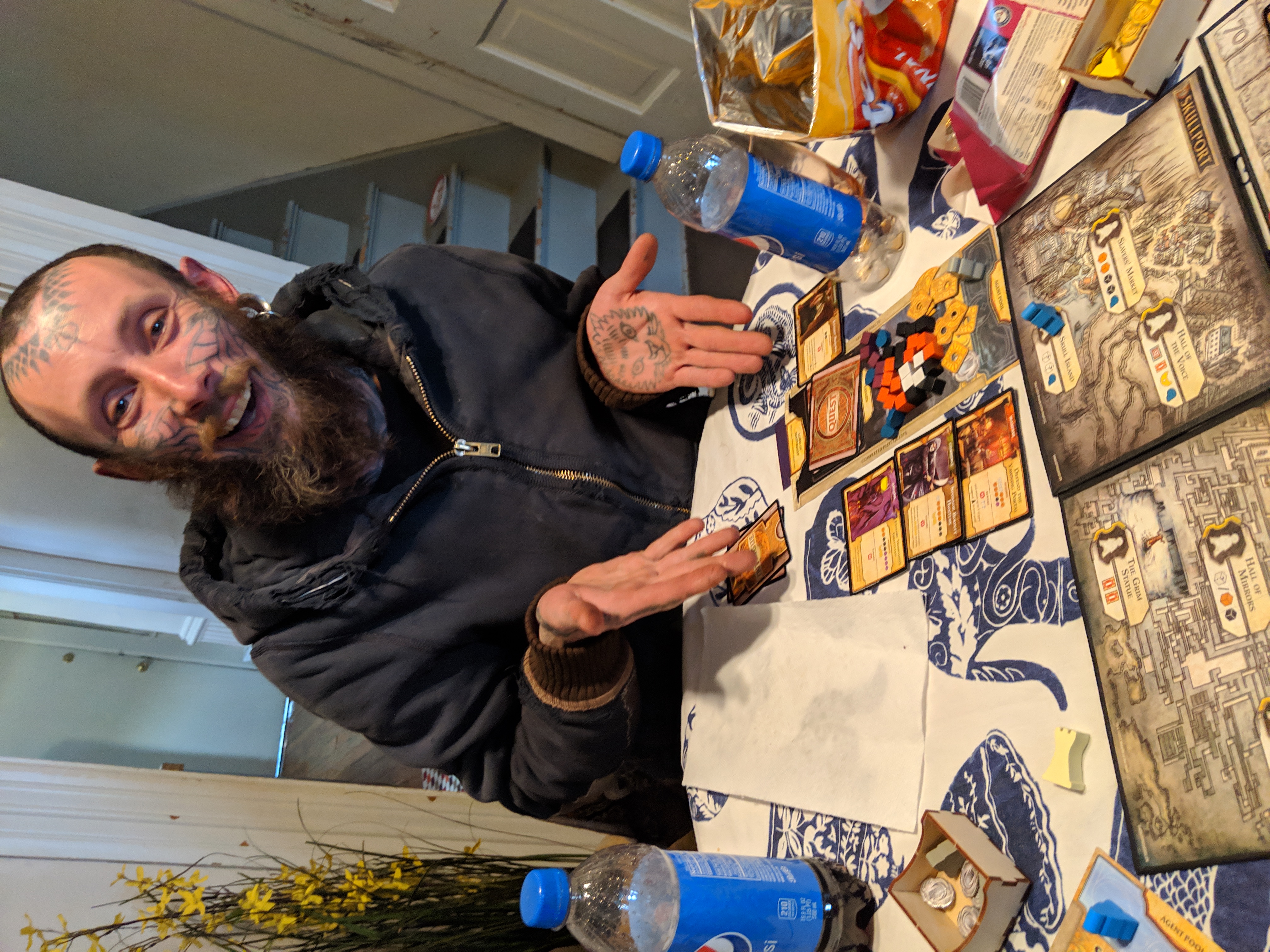 Fun game, granted a 5 player game with both expansions can go a bit long. Gabi and Kelvin tied at 202. I’ve never heard of tie in this game. I believe it was Gabi’s first time playing a worker placement game too. 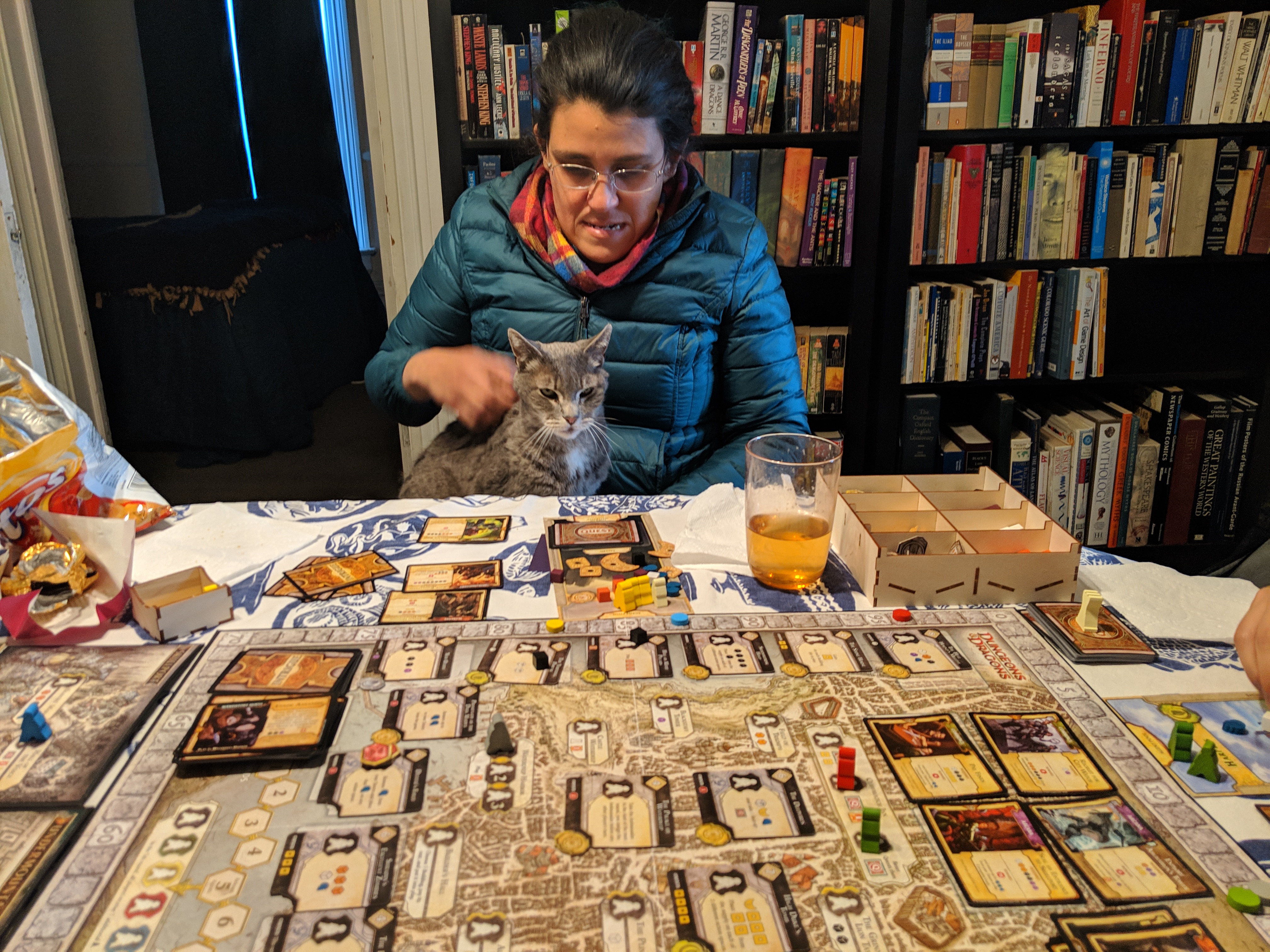 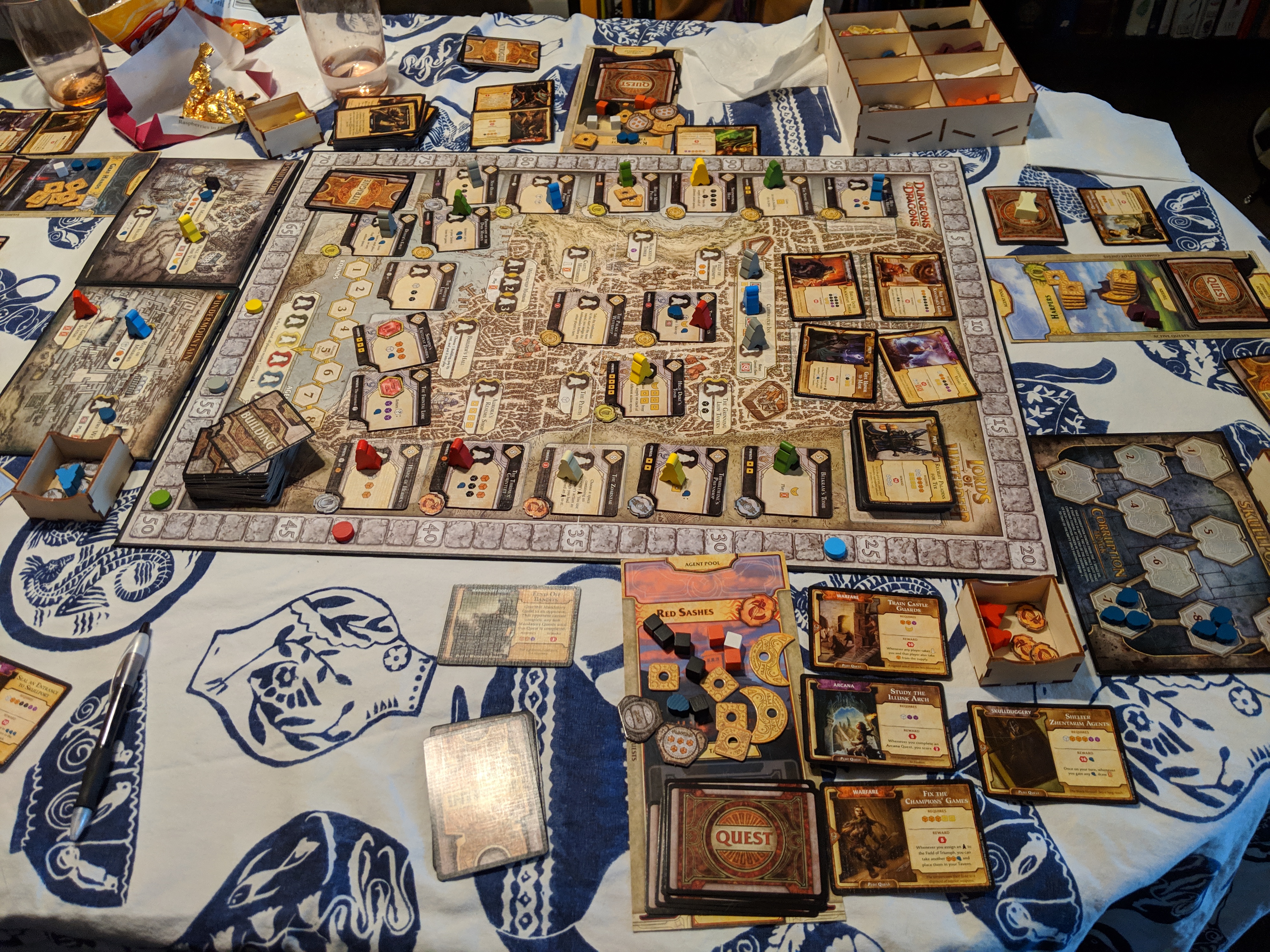 We built 16 buildings! The stone house paid out 16 coins for each activation. :)

Star Trek: the Next Generation Fluxx

Steven won again with the above 5 players playing.

Raiders of the North Sea 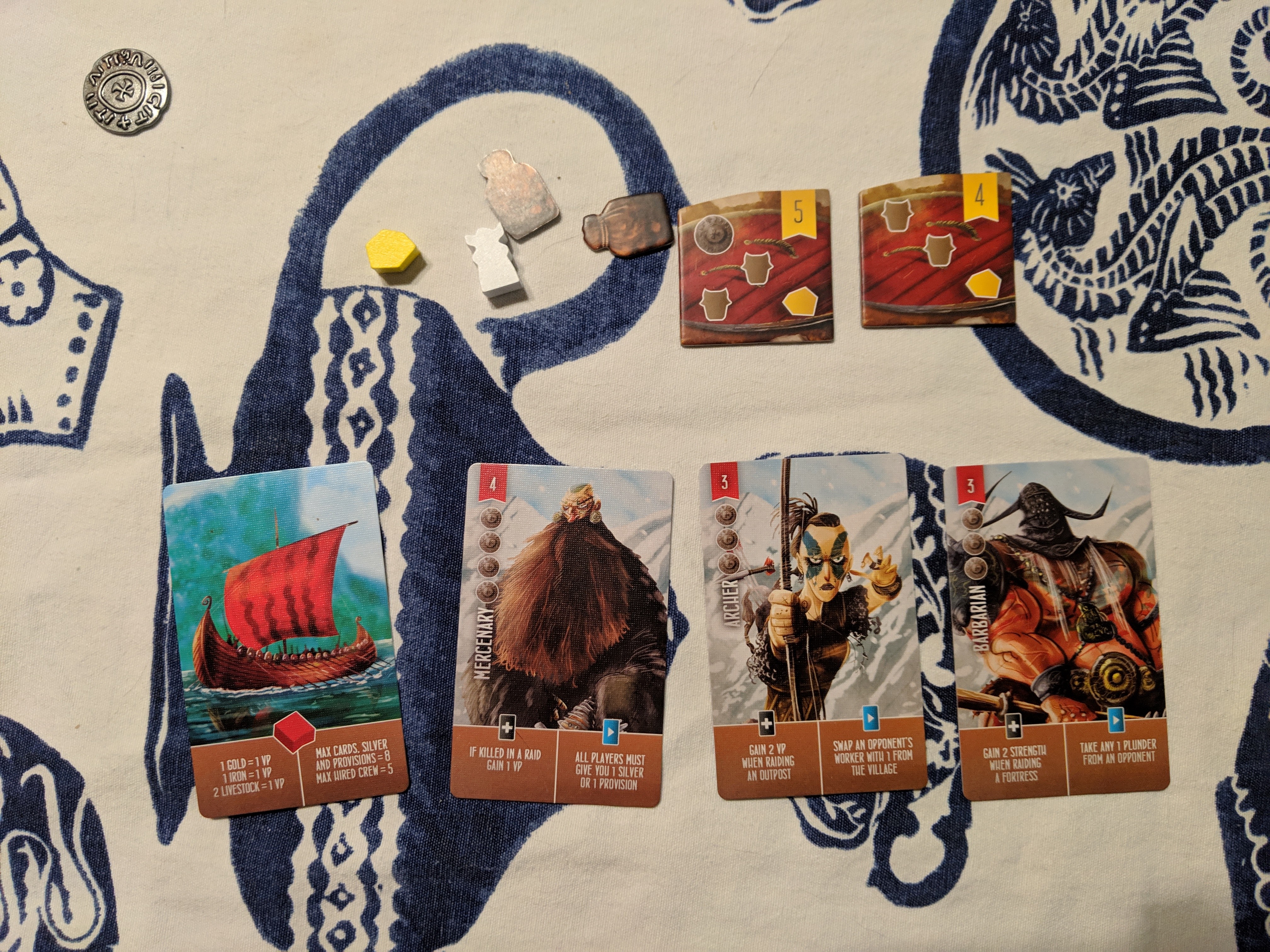 Everyone’s first time playing Raiders of the North Sea. We all really enjoyed playing with this variation of the worker placement mechanism. 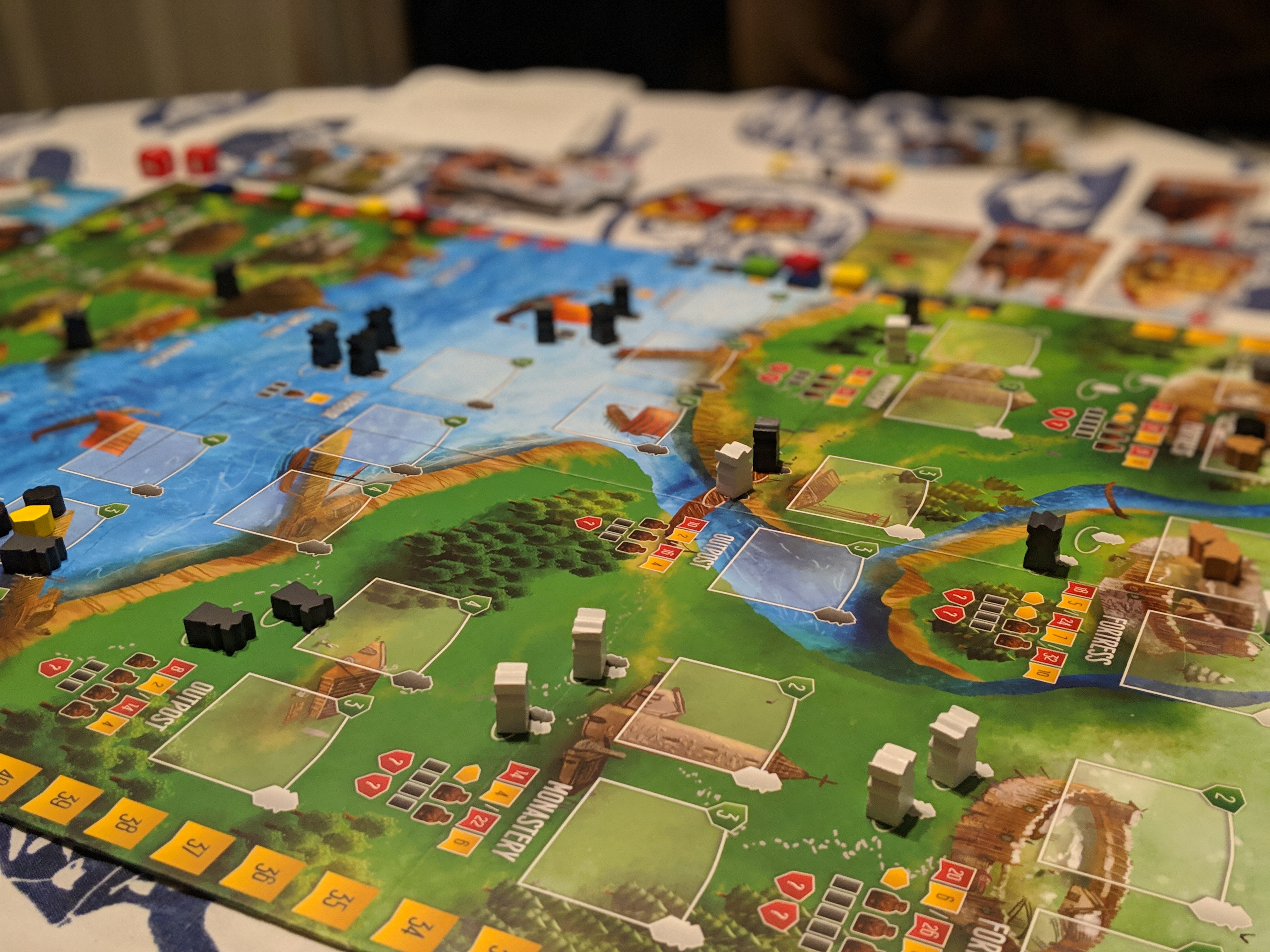 Uh oh! What’s that Grey Meeple doing at the Fortress?!